Eric Silagy is president and CEO of Florida Power & Light Company (FPL), a subsidiary of NextEra Energy, Inc., and one of the largest investor-owned electric utilities in the nation. He was appointed president in December 2011 and CEO in May 2014.

Prior to joining NextEra Energy, Mr. Silagy served as vice president, mergers, acquisitions and divestitures at Entergy Wholesale Operations, and as vice president and managing director, Southeast Asia, for The Wing Group, a subsidiary of Western Resources. He also worked for U.S. Senator J. Bennett Johnston of Louisiana in several capacities, including chief of staff.

Mr. Silagy is a member of the board of directors of the U. S. Chamber of Commerce and the Florida Chamber of Commerce, where he served as Chairman in 2013-2014 and currently serves as the Chairman of the International Business Council. He also serves on the Energy Security Leadership Council of Securing America’s Future Energy, a bi-partisan council of business and military leaders supporting a comprehensive, long-term policy to reduce U.S. oil dependence and improve energy security. Additionally, Mr. Silagy is an executive board member of Enterprise Florida, Inc., executive board member of the Florida Council of 100 and board member of the Honda Classic PGA Tour event. Mr. Silagy holds a Bachelor of Arts degree in economics from the University of Texas at Austin, a Juris Doctor from the Georgetown University Law Center and is a member of the Maryland and U.S. Supreme Court bars. 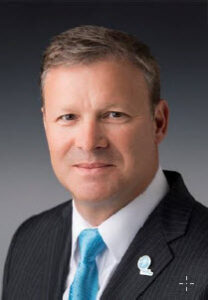