He has significant experience navigating national security reviews before CFIUS and negotiating complex mitigation agreements across the full range of business sectors, having represented corporations, private equity, venture capital and sovereign wealth funds. In 2021, he was named by Foreign Investment Watch as one of its Top Advisors, a listing recognizing “top global CFIUS experts.” Mr. Leiter also has been recognized as a leading lawyer in Chambers USA.

Mr. Leiter has served in a number of senior national security positions in the federal government. He was the director of the National Counterterrorism Center (NCTC) from 2007 until 2011 for both Presidents Bush and Obama, where he led the primary organization in the U.S. government for analysis and integration of all terrorism intelligence, both domestically and overseas. In addition, he reported directly to the president for strategic operational planning of all U.S. counterterrorism activities, to include the integration of military, intelligence, cyber, diplomatic, financial and homeland security programs and operations. In this role and in his private sector capacities, he worked extensively with senior government officials and corporations across Europe, the Middle East, Asia, Australasia and Africa, and also coordinated global intelligence and law enforcement investigations involving the U.S. and allies around the world.

Before NCTC, Mr. Leiter helped establish the Office of the Director of National Intelligence, serving as its deputy chief of staff responsible for oversight of the U.S. intelligence community, including the CFIUS process and all legislative affairs. 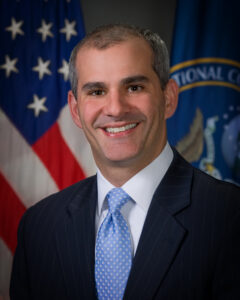